Dr. Bradford "Brad" Curt is dedicated to treating patients with disorders of the brain and spine. He is an expert in minimally invasive spine surgery, spinal deformity correction in adults, and image-guided neurosurgery. He has been named to Cincinnati Magazine's regional list of Top Doctors every year since 2012.

Dr. Curt earned his bachelor's degree at Brown University, where he majored in neuroscience, and his medical degree at the Emory University School of Medicine, where he was awarded the Joseph B. Whitehead Surgery Scholarship and the Dean's Fund Scholarship. He performed his residency training at the University of Cincinnati from 2003 to 2009 and completed a fellowship in spine surgery at UC in 2010. He joined Mayfield Brain & Spine immediately following his fellowship.

From a very early age, giving back to the community and providing service were important aspects of Dr. Curt's family life and upbringing. Both of his parents were English teachers (middle and high school) in his hometown, which meant that education was another important focus of his early childhood. As he matured, Dr. Curt's interest in education, teaching, and service directed him on the path of healing and medicine. Already captivated by the brain and nervous system when he entered medical school, Dr. Curt found that his surgical rotations were the most rewarding as they allowed him to actively and physically heal patients of their ailments. These passions coalesced into a career in neurosurgery.

"When patients come to my office, we discuss their symptoms, we review their imaging, and I educate them on the findings and their disease," Dr. Curt says. "I hope to help them understand what is causing their symptoms and then review the treatment options -- both surgical and nonsurgical -- to help guide decision-making and improve their quality of life."

Dr. Curt and his wife, Mackenzie, are passionate supporters of the March of Dimes, and in 2013 they were named the Local Ambassador Family of the Year by the Greater Cincinnati/Northern Kentucky Chapter of the March of Dimes. The Curts' oldest child was born 10 weeks prematurely. Fragile and sick, he weighed only 3 pounds, 10 ounces at birth. "He spent five weeks at Cincinnati Children's Medical Center learning the skills he should have perfected in the womb," Mrs. Curt recalls.

The Curts also support autism research and enjoy volunteering at the Ronald McDonald House and Raising of the Green, an annual fund-raising event for Children, Inc. 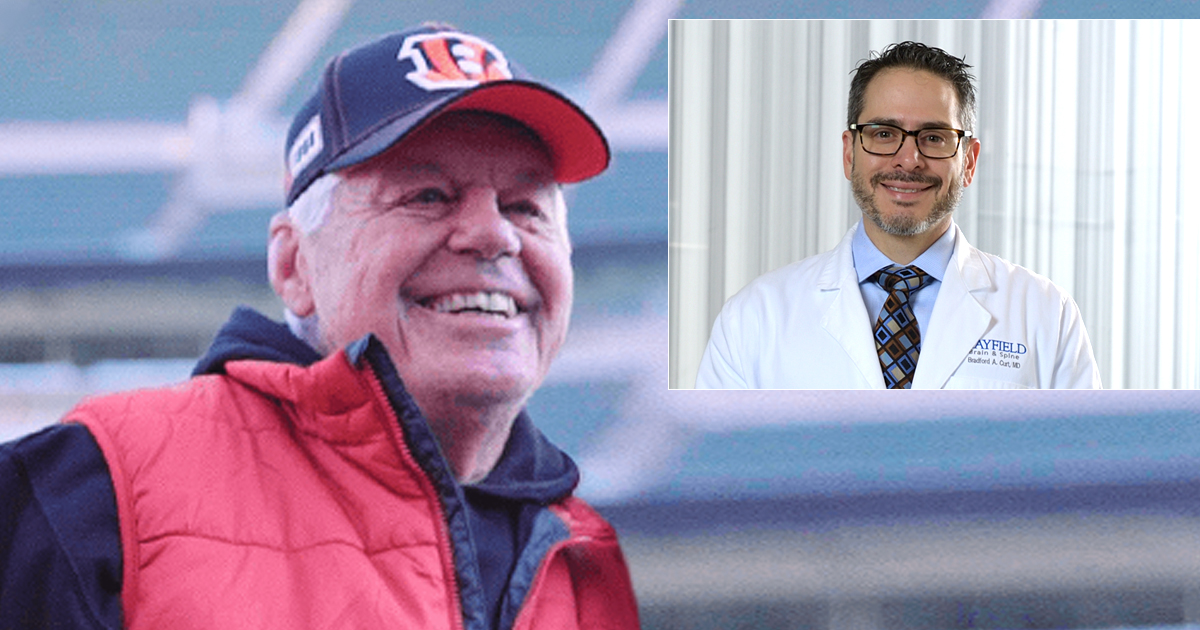