When Dr. Arthur Arand was in college, he was riveted by "The Six Million Dollar Man," a television series about a former astronaut whose bionic implants armed him with superhuman strength in his work as an intelligence officer. Fascinated by technology and engineering, and eager to help others, Arthur envisioned himself creating new body parts for people who had suffered illness or injury. He was well into his biomedical engineering major at Northwestern University when reality hit as hard as a punch from the Six Million Dollar Man himself.

"I discovered that there wouldn't be that many jobs that involved creating artificial limbs," Dr. Arand recalls. "People who were graduating were getting jobs that weren't people-focused. They were designing machinery or working with technology, but they weren't having a chance to interface with people. It was then that I thought that medical school might be a more appropriate route for me."

Indeed, the medical path proved to be the right one. Today, as a noted neurosurgeon and spine specialist at the Mayfield Clinic, Dr. Arand spends his people-focused days helping patients feel like a million dollars again. (Maybe even six million dollars!) Dr. Arand's areas of expertise in spine surgery include kyphoplasty, minimally invasive discectomy, and spinal fusion (including ALIF, TLIF, and XLIF procedures). At Mercy Health-Fairfield Hospital, where he has been Medical Director since 2004, Dr. Arand utilizes the O-arm, an intraoperative stereotactic system that helps him navigate expertly around the spine. Dr. Arand also has expertise in image-guided neurosurgery and the treatment of brain tumors, aneurysms, arteriovenous malformations, hydrocephalus, trigeminal or occipital neuralgia, carpal tunnel syndrome, and ulnar neuropathy.

One event in particular helped put him on the path toward his chosen medical field. Given an opportunity to explore a specialty during his first year in medical school, he picked neurosurgery and was matched with John M. Tew, MD, the legendary Mayfield neurosurgeon who had just become Chairman of the Department of Neurosurgery. "As fate would have it, I got to schlep around behind Dr. Tew as a first-year medical student," Dr. Arand recalls. "I knew nothing about neurosurgery, but I thought, wow, this is a pretty interesting job. I think I might like this."

In addition to acknowledging Dr. Tew as a mentor, Dr. Arand also credits Ray Sawaya, MD, his faculty advisor who is now Professor and Chairman of the Department of Neurosurgery at the University of Texas MD Anderson Cancer Center in Houston.

Dr. Arand performed his neurosurgical residency at UC as well. Upon graduation, he went into private practice for three years, joined the Mayfield for two years, then returned to private practice in the Cincinnati area and in Mansfield and Middletown, Ohio. Dr. Arand rejoined Mayfield in 2005. He was named Medical Director of the Mayfield Spine Surgery Center in 2009; he was elected Treasurer of the Mayfield Board of Directors in 2010, and he was elected Chairman in 2012. He was a member of the neurosurgery faculty at UC from 2008 to 2017.

Dr. Arand is active in his children's schools and at his high school alma mater, St. Xavier, and he is a member of the Greater Cincinnati United Way's Tocqueville Society. He enjoys playing golf and competing in ballroom dancing with his wife. 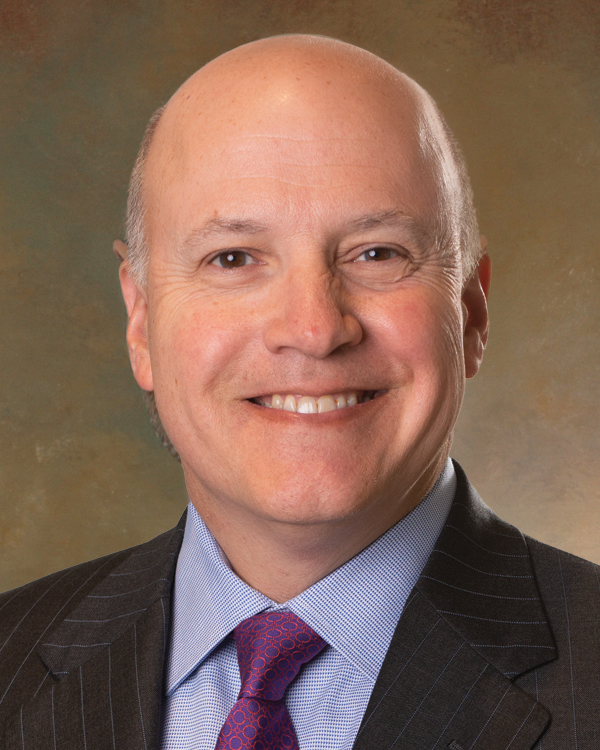